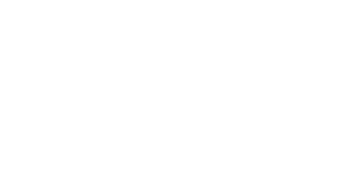 If we can imagine that the wind, physical and immaterial, lends Louise Forthun’s work an otherwise obscure link to its environment, a number of new observations become possible. That these objects are not simply constructed, or her practice solely occupied with human-made structures, for example. A focus on cities, on views, requires immediacy. We must be there, projected in to it—but so must the air, or atmosphere, in which we are situated. This is not a vacuum, but a flowing, breathing space. Not unlike the space required to go out and see the cityscape, to take in the air, the gaps between Forthun’s hand and the paper support of these new works—or the viewer’s distance from the humble bronzes—are given over to the almost imperceptible fluctuations of their environment.

Like cities, the studio and the gallery exist in real space. Yet just as the city air once made us free, our urban centres today are nodes within a wider ecological frame of containment. Never was this more keenly felt than in our recent panic and the responses to the airborne contagion of the COVID-19 pandemic. Solid, impermeable materials, and their regulatory borders, are needed to construct the city as a monumental, living sculpture—even one still dedicated to freedom. As readers of these works we are removed again by their documentation, and by the orientation of the surface as it is presented to us by the book. It is as if they are remnants of a ghost story, for adults perhaps, but from a time before they were taken.

The paper works soak in the colours, collected and driven in by the contingent folds and ridges, a kind of violence is enacted on the support. Forthun’s abstractions are mostly on Arches paper, folded and punished, the blown synthetic polymer paints compete and dust the battered surface and also interact with the ambient light and proximity of the viewer. The Arches paper lends ground to this indexing of the wind, it is architectural as much as it is organic. The paper is dried in the air.

This application of paint from a distance, using a spray, invites a chance encounter with the environment in a way that extends upon Forthun’s earlier works on plywood sheets and other flat surfaces. Extraction is required, she tells me, even though it took her some time to adjust her work in the studio to the effects of paint particles not adhered to their targets. Perhaps because they look discarded, or rejected, the availability of the crumpled surfaces of the supports to be coated, or cast, is always surprising—it’s possible to read something in them, like the frustration of an idea.

In an essay from 1970, “The Tyranny of Structurelessness,” feminist scholar Jo Freeman aka Joreen writes with notable concern that even by this relatively nascent stage in the era of civil rights discourses and second wave feminism, ‘the idea of “structurelessness” has created the “star” system’.1 Coming from the women’s liberation movement and civil rights organising on the west coast of the US, this was a riposte to the burgeoning enthusiasm for so-called anti-authoritarianism at the time and was critical in the sense that it recognised formlessness as responsible for allowing the media to reproduce its “star” system for the movement— the solution was, frustratingly, neither one nor the other: there is always a structure. I am reminded of this while looking at both the sculptures and works on paper; the recognition of the formlessness of air returns us to the structure of the work.

Looking at Forthun’s paper works and then the bronze sculptures inverts the process of the illusion. Here the weight of the object is withdrawn by its delicate balance, upright and un-oriented to real space—the topological indeterminacy of both the paper works and the bronzes, their proximity to industrial materials like tinfoil or plaster, is exacerbated by their documentation in camera.

The abstraction away from their environment, like floating signifiers, means they are unadorned or marked by a specific anchor in the real world. The legs on the bronzes are like the buttress for a picture frame, connecting them through the downward force of gravity. But the image is shattered. Instead, we are made aware of our presence in relation to the work, momentarily similar to Robert Morris’s or Donald Judd’s minimal sculptures, specific objects. Rather than a mirror, their surfaces are organic and a contingent encounter with the environment, one that is fleeting and difficult to detect.

For nearly four decades, Forthun’s intense engagement with the application of paint—from a distance—has usually aimed at scaling up. These new works remain illusory, and intoxicating, yet in real space they jut out into three-dimensions. This reminds us of their application. The works are small—most often displayed in a vitrine or on a plinth or pinned to the wall with magnets and allowed to tremble slightly with the changes of atmospheric pressure. Yet they remain uncontained, they transcend the city—through the air—and might travel or be blown in the wind.

1 Jo Freeman aka Joreen, “The Tyranny of Structurelessness” (1970). Retrieved from https://www.jofreeman.com/joreen/tyranny.htm accessed 21 October 2022.